This paper evaluates the macroeconomic effects of increasing taxes on fossil fuels (“carbon tax”) and subsidies for renewable energy and reducing labor income tax in the euro area, and the interaction of these effects with domestic monetary policy. The tax increase is announced, gradually implemented and fully anticipated by agents (thus it is conceptually different from a sudden and unexpected positive shock affecting the international prices of fossil fuels). The analysis makes use of a New Keynesian two-country model with an energy sector, calibrated to the euro area and the rest of the world. The main results are the following. First, an increase in the carbon tax generates recessionary effects. Second, higher subsidies for green energy and a lower labor tax can limit the macroeconomic cost of increasing the carbon tax. Third, if the monetary policy rate is at its effective lower bound, the fiscal policy mix generates short-run recessionary effects, which can be offset if the central bank, for monetary policy purposes, purchases long-term sovereign bonds in the secondary market, thus keeping long-term interest rates low. 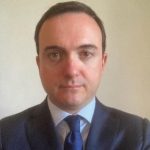 Alessandro Notarpietro is Head of the Models for Policy Analysis Unit in the Modelling and Forecasting Division at the Bank of Italy since 2022. Mr. Notarpietro joined the Bank of Italy in 2008 as the Directorate General for Economics, Statistics, and Research, where he has been an Economist in the Economic Outlook and Monetary Policy Directorate. In the academic year 2016-17, he was a visiting scholar in the Department of Economics of New York University, Stern School of Business. During 2020-21 he was co-lead of the Eurosystem workstream on Eurosystem Modelling, within the work related to the review of the ECB’s monetary policy strategy. His research interests cover macroeconomics, monetary and fiscal policy, and dynamic general equilibrium models. He holds a Ph.D. in Economics from Università Bocconi

“Research on climate change mitigation policies: past and future”

We use cookies on our website to give you the most relevant experience by remembering your preferences and repeat visits. By clicking “Accept All”, you consent to the use of ALL the cookies.
Privacy PolicyAccept All
Manage consent

This website uses cookies to improve your experience while you navigate through the website. Out of these, the cookies that are categorized as necessary are stored on your browser as they are essential for the working of basic functionalities of the website. We also use third-party cookies that help us analyze and understand how you use this website. These cookies will be stored in your browser only with your consent. You also have the option to opt-out of these cookies. But opting out of some of these cookies may affect your browsing experience.
Necessary Always Enabled
Necessary cookies are absolutely essential for the website to function properly. These cookies ensure basic functionalities and security features of the website, anonymously.
Functional
Functional cookies help to perform certain functionalities like sharing the content of the website on social media platforms, collect feedbacks, and other third-party features.
Performance
Performance cookies are used to understand and analyze the key performance indexes of the website which helps in delivering a better user experience for the visitors.
Analytics
Analytical cookies are used to understand how visitors interact with the website. These cookies help provide information on metrics the number of visitors, bounce rate, traffic source, etc.
Advertisement
Advertisement cookies are used to provide visitors with relevant ads and marketing campaigns. These cookies track visitors across websites and collect information to provide customized ads.
Others
Other uncategorized cookies are those that are being analyzed and have not been classified into a category as yet.
SAVE & ACCEPT